On November 27, 2019, Oxford University's Centre for Technology and Global Affairs hosted former GCHQ Director Robert Hannigan, who discussed tensions between the East (especially China) and the West (the United States, Britain, and Europe) regarding the security of global IT supply chains. He began the presentation by reviewing the geopolitical and economic landscape predating these tensions. He also identified the novel technological features of friction compared to previous eras of geopolitical conflict such as the Cold War.

The presentation focused on the deterioration of U.S.-China trade relations and the growing economic interdependence arising from China's rapid economic expansion. Hannigan argued that manifestations of conflict can be observed in cases such as the controversy over 5G infrastructure supply chains, an area in which China has acquired global technological prowess. Hannigan argued that how other states react to this situation – i.e. whether they close the door to Chinese hardware and software components or accept them with oversight and regulations – will significantly influence ongoing East-West tensions. He concluded the presentation by asking the audience to reflect on the security implications of digital technology's invasion of various aspects of social and political life and the attendant vulnerabilities of individual citizens to geopolitical conflicts.

Robert Hannigan was Director of GCHQ, the United Kingdom’s largest intelligence and cybersecurity agency, from 2014-17 and retired from Government after 20 years in national security roles, including Prime Minister’s Security Adviser. Robert established the UK National Cyber Security Centre in 2016 and was responsible for the UK’s first cyber strategy in 2009 and for leading the National Offensive Cyber Programme. Robert is now Chairman of BlueVoyant International, a cybersecurity services company, and a Senior Adviser to McKinsey & Co. He is a Senior Fellow at Harvard University's Belfer Center, a Fellow of the Institution of Engineering and Technology and RUSI, London, and an Honorary Fellow of Wadham College, Oxford. He writes on cyber issues in The Financial Times. 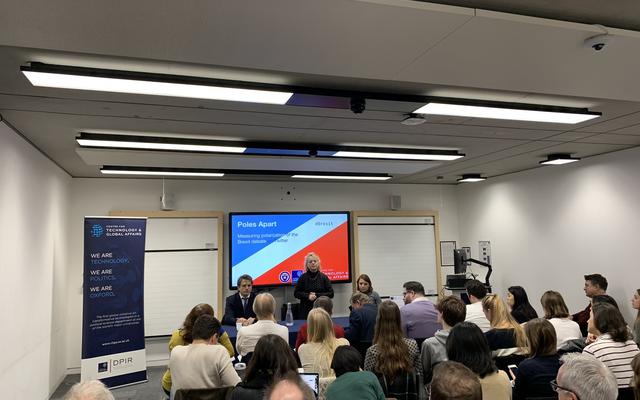