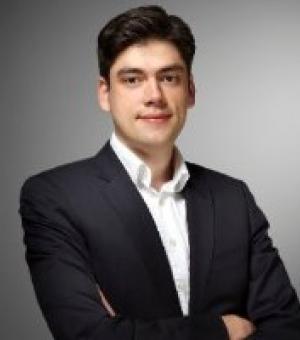 With a Finance background coupled with a practitioner lens, Etienne aims to help the Centre to generate new policy-relevant knowledge on the social and political impact of blockchain technology. Through his work he seeks to build bridges between academic research and financial practitioners. He provides guidance for policymakers and regulators addressing questions such as token issuance and specific use cases for virtual currencies.

Etienne holds an MSc in Business and Administration with a major in Finance from the Stockholm School of Economics. He also spent time at the University of St. Gallen. His thesis received the highest market mark for its analysis of the role of domestic and foreign venture capital in successful Nordic firms. He holds a BSc in Business and Administration from the University of Paris, Pantheon Sorbonne and was awarded a full scholarship to study at Rutgers Business School.